The evolution of religion and its assumptions... 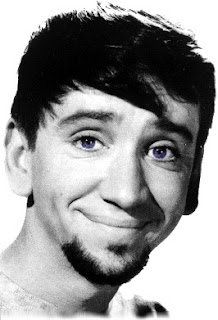 In the following TED talk Daniel Dennett outlines his ideas on looking at religion as a natural phenomenon. He has said that he likes to look "under the hood" of religious technology. The reason I am putting this up is that this blog could be seen as something about the current evolution of religious thought in what is becoming what some call a post-christian world. Often images of beatniks and a society that embraces hedonism comes to mind when we are asked to contemplate a post-christian era. In the aftermath of the worship of self, I think we are seeing some shifts toward more positive alternatives. I believe we are seeing this evolve with somewhat obvious influences such as Oprah hosting Ekhart Tolle's 10 online classes on his new book A New Earth. This is not saying that Eckhart or Ophrah are starting a new religion, but I think we are seeing people blend many things from various traditions and asking new questions of their own that older religions haven't addressed. With more freedom of information I think we are seeing a transformation of what many of us have considered to be truth.

This process of evolution has not been without its fall out and the reactionary return to traditional religious practices from failed cults that are often amplifications of their guru's dysfunctions, which often move toward the very thing being avoided. This can be seen within cult like devotion in many parts of the spectrum of beliefs. Looking under the hood of religious belief is not for the feint of heart. This process can cause one to question parts of themselves that have no replacement. If one is unable to face such mysteries or doesn't have an alternative system of support, this awareness of uncertainty could be fatal. I think its important to have some type of stop gap or safety net psychologically. This may be the function of what is called denial, fanaticism, belief itself, certain types of fundamentalism, and even faith. For other people a guru or holy books can serve all or part of this function. I think that in the world today, the ability to live with uncertainty is very important.

When I have dialoged with people around their beliefs or their approach to life I have observed that all of us have a set of assumptions present within our world view that are unprovable or taken for granted and in some cases, so real to that person, that to question those assumptions would seem ridiculous or unthinkable. One particular striking example of this was when I was viewing a documentary on Japanese culture in the mid 80's I saw the American interviewer ask some Japanese businessmen, who were living out the expectations of their families, what they would do if they could do what ever they wanted. This question was so foreign to their world view that most of them had never even thought of the question, let alone understand what it meant to want something for your own life. For the most part they laughed at the question. And probably equally unbelievable, to most Americans, is the notion that satisfaction is found in giving oneself for the group so totally that one's individuality is almost lost. These two cultural assumptions are present, each in its own culture, almost unconsciously.

One of the strengths of story telling is that by changing the adversaries within the story to characters we can identify with and then placing them in situations where they have to make decisions that might require them to act out of the cultural norm, one can suspend prejudice. A classic example of this is the story of the Good Samaritan. In this story the social outcast performs acts of mercy and generosity toward social insiders in dire straights. This would be the modern equivalent of a gay man helping Fred Phelps of the Westboro Baptist church, after he suffered a severe accident, by paying off the mortgage so he wouldn't loose his home, paying for his hospital care to get him back on his feet, and making sure his family was provided for in his absence. 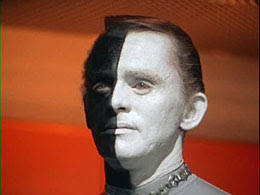 Certain episodes of Star Trek were very good at this process of suspended prejudice. From the old series, with William Shatner as Captain Kirk, there was an episode called "Let That be Your Last Battlefield" in which the last two survivors of a planet were in a fight to the death. They had pursued each other all across the galaxy with the intent of killing the last of the other side. In the end it was discovered that the only difference between them was that one was dark skinned on the left, with the other side white, and the other was dark skinned on the right, with his other side being white. This was clearly an illustration of the insanity of racial discord in this country. The story was able to suspend prejudice by allowing us to see an irrational battle going on between others which we might easily judge without realizing that we were judging ourselves. In the United States at various times there were assumptions that black people, women, and others were not as qualified to vote or to even be human. These were so deeply ingrained that to consider that any of these weren't true was seen as immoral by many people in this country.

This brings me to the point of this post. Because each side doesn't understand the assumptions of the other, there is often a process of having two different dialogs. Each appeals to their own assumptions, expecting the other side to simply "get it." When this doesn't happen, the other side often demonizes their opponent, because what other reason would someone want to continue to practice or believe in harmful things? At least harmful according to one side's assumptions.

In the past the solution has too often been "might makes right." One solution that Daniel Dennett suggests is that if one religion is taught, why don't we teach about all systems of belief or unbelief? Let's put everything into the arena of ideas and let each person choose for themselves in an informed way. In many ways the internet has begun to provide this place of interchange and there is no doubt in my mind that religion, as it has done in the past, will continue to evolve.

I plan to continue this dialog in another post. I want to explore how assumptions can give the illusion of valid conclusions and can work out as being rationally right, but in practice mysteriously fail...
Posted by Richard Harty at 4:21 PM