The "Ring of Truth?" 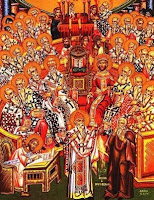 In the last few weeks I have been having a conversation with a number of Christian apologists about the basis of Christian belief in the Divine inspiration of the Bible. This conversation has mainly been about the way in which the Bible was put together and the influences on this process. When we look at the history of this process we find violence, bribery, torture, and political maneuvering. It is very difficult to find anything spiritual within this history. 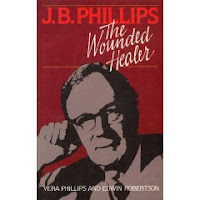 When the evidence is finally sifted through the “faith” appeal usually is the final appeal for believers. Basically it means that we need to have “faith” in those things that can’t be defended through reason. An interesting application of this “faith” approach is by quoting J. B. Phillips. He used the term “ring of truth” to refer to the Divine nature of the Bible. He noted, as he was translating the Bible, he felt a general “ring of truth” unique to the Bible as compared to his work translating other ancient documents. To be fair to J. B. Phillips, he didn’t believe in verbal inspiration, that Satan was real, nor in many of the “miracles” of Jesus. He would relegate them to either parables, alternate explanations, or myths.

In his autobiography he stated, “...I felt bound to abandon the `God-dictated-every-word- from-cover-to-cover' attitude, and won an attitude which commends itself to my intelligence as well as my faith..." (The Price of Success, Wheaton: Harold Shaw Pub., 1984, p. 150). 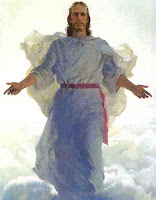 I want to look at, more specifically, the gospels. I think if there is a "ring of truth" around the gospels, its because of the profound wisdom of some of the teachings of Jesus. This does not mean that Jesus is divine or is the only source of true wisdom. Much like J. B. Phillips, I don't find a "ring of truth" around the historical account because it appears that there are accommodations for later orthodox beliefs and for several doctrinal problems encountered in the first few centuries of Christianity.

There are some contributions that Jesus makes that, I believe, go unrecognized because of all the emphasis on his death as a sacrifice, the claim of his divine nature, and the need for salvation, which I have come to believe have their source in the strong Greek, Pagan, and Roman influences on the early Christian church.

I would also note that many of us, who grew up in Christian cultures, are working under a fair amount of conditioning in regards to Christianity. And that conditioning has a fair amount of fear involved. This "faith based" reasoning has its counter parts in other traditions that most Christians would find unbelievable. One simply has to note the strong hold the Qur'an has on most Muslims as the final revelation of God or the Book of Morman as a historical record of God's dealings with the ancient inhabitants of the Americas. 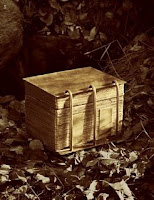 Christians dismiss the mythology of the Qur'an and the Book of Morman for reasons they are unwilling to apply to the Bible because they have "faith." When I look at what is typical of most religious beliefs systems I find the same types of myth building within Christianity. These are powerful cultural influences that are linked very deeply to a person's view of the world. They are not easy to change because they have such a strong momentum.

When I step back from my cultural momentum and view Christian history and belief from a rational perspective, I find the same problems as I find in other belief systems and if I am going to retain an intellectually honest perspective, I need to apply the same types of tests to all belief systems no matter how painful that process may be, because, ultimately, I have found that, as Jesus said, the truth does set one free.

And this brings me back to what may provide a “ring of truth” to the gospel account of Jesus and his teachings. There are a number of themes that Jesus addresses, but the one that is often the most recognizable is his statement that we love our neighbor as our self. This statement is not unique to Jesus since we find the same statement in the Torah. And this is not simply some wise saying, but it is one of the two statements that define the law of God in Jewish belief. The first one being the requirement to love God with all your heart.

“You shall not take vengeance, nor bear any grudge against the children of your people, but you shall love your neighbor as yourself: I am the Lord.” Leviticus 19:18 NKJ 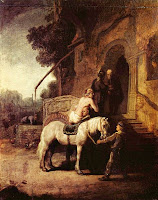 In this context the idea of one’s neighbor is only within the children of one’s own people. What Jesus adds, through the story of the Good Samaritan, is the idea of one’s neighbor extends far beyond one’s own people. We empathize with the poor man beaten by robbers, abandoned by his countrymen and feel his relief at being taken care of by the Samaritan, who is considered an outcast. And when Jesus asks us who was this beaten man’s neighbor, we feel the injustice of excluding the kind Samaritan from our love simply because he is a Samaritan.

I think this is the key concept that Jesus brings to us. He takes an ethical principle (love your neighbor as yourself) that is based on empathy and uses that empathy to extend this principle to all people. He further links this idea to empathy when he states “Do to others as you would have them do to you.” This is quoted in both Luke 6:31 and in Matthew 7:12. 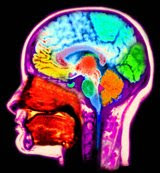 This idea, to be fully realized, requires elements of both eastern and western thought. Eastern religious practice has made an art form of the exploration of the inner self. Its practices have the ability to awaken the capabilities of the heart and the capabilities of awareness. Western religious practice has emphasized much of the practical application of belief. Empathy, to be fully developed needs a rich and full inner life and a clear awareness of the world around. Empathy, to be fully applied, needs to know how to turn the gifts of the inner life into connections with others.

Eastern practice tries to avoid dualistic types of thinking to find the middle path. In Western terms this would be a form of Grace, where one gives up the need to punish and refrains from judging. All of these were explored by Jesus within the context of Jewish law. Jesus stated that to judge others was to judge oneself and to be free from judgment one had to refrain from judging others. He was also very practical in his application of love. He references acts of kindness and love as the determining factor of one’s inner life. Acts of kindness done to others was doing them to God. This may have indicated how Jesus saw connections between all and the spirit of God within.

Paul, who claimed to be an apostle, said “Nobody should seek his own good, but the good of others.” 1st Corinthians 10:24 This is a major shift in ethical emphasis. I believe this created a competition for goodness within Christianity. If one takes away the love for one’s self, empathy is taken away as well. For I no longer have a self to reference other’s feelings. And if I don’t seek my own good at all, then my ability to sustain my own life will take my gifts away from others eventually and in the mean time reduce their effectiveness.

With the introduction of Jesus becoming a sacrifice for our sins, we no longer have a self sustaining philosophy of empathy, but a sacrificing god who we are now required to emulate. The focus is taken off our connection with others through empathy. It is now focused on how much we can sacrifice. The suffering of Jesus and its contemplation holds front and center rather than love for our fellow beings. Ultimately this becomes a practice of self contemplation. The contemplation of one’s worthiness or unworthiness as it may be.

If we can tease one more thing from Jesus, we might contemplate the possible intent of this statement.

'I was hungry and you gave me food, I was thirsty and you gave me something to drink'...Then the righteous will answer him, 'Lord, when was it that we saw you hungry and gave you food, or thirsty and gave you something to drink?...'Truly I tell you, just as you did it to one of the least of these who are members of my family, you did it to me.' Matthew 25:35, 37, 40 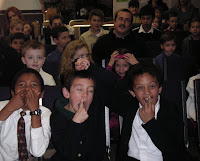 What I have observed within communities that I have participated in is that when a person is allowed to tell their story from their heart and is really heard within that community a bond develops and actions naturally come forth. It is clear that when these empathetic connections are established there is a natural desire and motivation to love one another. It comes from the stories of people’s lives told in honest and nonjudgmental ways. And it doesn’t matter what people believe or don’t believe in these moments. That empathetic connection communicates much more than ideals, doctrines, words, philosophies, theologies, or ethics could ever instruct.

So if there is a “ring of truth” in the gospels, for me, it is introduction of empathy as the basis for the expression of love toward each other. May we learn how to more fully feel and express our empathy. I think it would be a far better world if everyone knew how to do this well.
Posted by Richard Harty at 5:32 PM 17 comments: