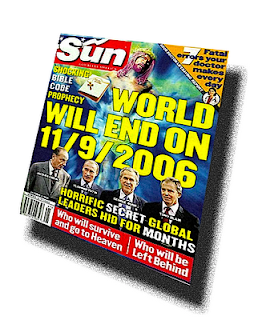 Right now there are several debates going on within city councils around the country of how to handle prayer given before council meetings. The city of Lodi in California has been one of the most prominent in the news. The group "Freedom From Religion" has threatened to bring a lawsuit against the City of Lodi if it doesn't enforce its own policy of non-sectarian/non-denominational prayers before council meetings. Their specific issue is the use of the name of Jesus in the invocation, which happened 39 times last year.

Just recently, the council received a letter from Chaplain Gordon James Klingenschmitt who formed "The Pray in Jesus Name Project" in Colorado. In this letter he stated, "If you vote the wrong way, or silence prayers or leave in place the current policy that suddenly enforces censorship of Jesus' name from prayers (as never before) you should be aware of our plan" to place a billboard in the Lodi area listing how each council member voted under the column headings "For Jesus" and "Against Jesus."

Several solutions have been offered. "In the memo from Pacific Justice Institute, which is based in Sacramento, Chief Counsel Kevin Snider discussed leading cases involving public invocations and encouraged the Council to adopt a neutral policy allowing ministers and other members of the public to open the meetings with prayer or other comments, free of any censorship by the Council. Under such an approach, prayers in Jesus’ name could not be singled out for exclusion. PJI also offered to represent the Council at no charge. In a federal case in Washington, D.C., PJI is currently defending Revs. Rick Warren and Joseph Lowery, who were sued by atheists for offering public prayers at President Obama’s inauguration."

Whether or not prayer before government functions is constitutional or not seems like a side issue to the tactics these so called Christian organizations use to push their views and raise money. There is a lot of use of the word truth and a lot of claiming to stand up for the truth. They claim they are defending the truth. But it seems like truth is less like a practice and more like a label. I want to look at the tactics used by these organizations. It seems that they have fallen to the mentality of the ends justify the means, which isn't really standing up for anything resembling truth. Particularly if lies, exaggeration, and misrepresentation are the so called methods of standing up for the truth.

A glaring example of this is the organization "The Pray in Jesus Name Project" is using the claim of free speech to allow them to pray in public are at the same time attempting to limit free speech by preventing those they disagree with from speaking. For example they supported the movement to prevent Obama from speaking at Notre Dame at Stop Obama at Notre Dame Their line at the top of the page equates Obama with Pilate by asking, "Would you invite Pilate after he condemned Christ to death?"

Or the whole story on the Death Book for Veterans is another exaggeration. Here is an expose by Keith Oberman...

It boils down to a small 53 page book called "Your Life, Your Choices" that was edited under the Bush administration with consultation of an inter-faith panel. The main voice against this book is James Towey, president of Saint Vincent College. He was director of the White House Office of Faith-Based Initiatives (2002-2006) and founder of the nonprofit Aging with Dignity. He also has a book he has written which he has been trying to sell the military to replace the book "Your Life, Your Choices." There is a "slight" conflict of interest there. 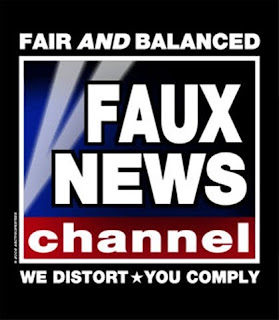 I think what we have is a group of people that have learned how to create Tabloid Christianity. They have learned how to create "hot" issues to rally the gullible Christian public for the purpose of raising money. They get to do this tax free and provide a living for themselves. Just as Fox News, led by Rupert Murdoch, learned how to tap into this tabloid culture, so have these so called spiritual leaders. This is evidenced by Fox's rise to the number one "news" channel. And it is evidenced by the ability of organizations like Pat Robertson's "700 club" and James Dobson's "Focus on the Family" to raise millions of dollars based on the fear of evil groups like gays, atheists, secular humanists, and other "evil" groups taking over America and its families. When you add the claim of God's blessing, the appeal becomes unassailable by reason. This became obvious as the statements made by both Dobson and Robertson became more and more bizarre.

What I think we are looking at is an appeal to the addiction of self-righteousness. If I can find someone else who is "destroying our American way of life" or "destroying the American family" or some other exaggerated threat, then I can use that to ignore my own responsibilities. Or I can derive meaning for my life because I am "fighting the good fight of faith." This is the antithesis of spirituality. 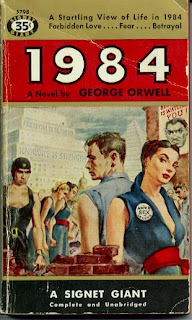 It also has an eerie similarity to the tactics described in the book 1984, only these are based more on the motivation for profit, recognition, and influence than totalitarianism. What is becoming more apparent is the willingness to express violence toward those who would disagree with this "moral" majority. They increasingly have become more like bullies than spiritual leaders.

There are a number of specialists that have risen around the need to teach Christians how to defend their beliefs in these exaggerated threats. They offer classes in how to win debates, silence detractors, and gain influence. Their tactics have little concern over the search for truth. They talk from positions of authority, rather than evidence. And when they do present what they call evidence, it is based on assumptions of authority.

For example in the debate over whether a fetus is a human being or not, they state that if you can prove that the fetus is not a human being they will concede defeat. This is a trick because the question assumes that the humanity of the fetus has been established. One could challenge them to prove that the fetus is human. When the debate shifts to the early pregnancy period they use the term life, rather than human being when referring to the grouping of cells. This ignores that if life itself is sacred in any form, then killing any life is murder. I guess I better stop mowing my lawn or eating chicken. But this is HUMAN life is generally the counter which is a subtle way of calling a group of cells a human being. It simply keeps going round and round claiming to be based on evidence and reason while ignoring the underlying authoritarian belief that its life because God says its life.

While I'm not making a case for either polarity in this post, I want to point out the need to keep things polarized. As long as there is an issue to fight for, then there is something to raise money and sell books for. If my opponent tries to compromise, then I will point out that they are only shifting because they know their positions is wrong and that I am right. Or if it appears to be reasonable and I might have to compromise my position, I bring out something else to be really scared about whether its related or not. In the abortion debate this is often dead late term abortion pictures or the argument that if we don't consider a few cells to be human life, its only a short step to killing unwanted people. Or even better, I misrepresent my opponent's position in my own words, and debate that.

Maybe someday we will be immune to tabloids, but until then our addiction to self-righteousness and judgment seems to be the big money maker.
Posted by Richard Harty at 11:04 AM No comments: