Death and Re-birth, a post-Christian perspective 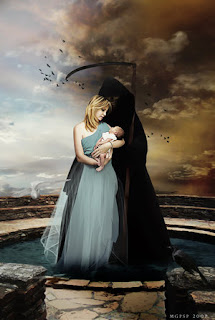 First of all I want to thank everyone who sent me words of support and comfort with the death of my father. This was a life transition that has created a profound force for change in the way that I consider life. One of the purposes of this blog has been to look at how one can view the world with meaning in a post-Christian era. Death, birth, and re-birth have been mysteries explored by many religious and philosophical practices since recorded history began. I would like to explore the values and the mythical sources of meaning around these mysteries and how we might create new myths in the post-Christian era as an introduction to my next post.

What I have noted is that atheism and agnosticism in this country defined itself by what it was against and some atheists abandoned any exploration of the subjective as being a way of knowing truth. This labeling of people who don't believe in specific gods is limited by the definition of atheism itself. Atheism has no creeds, beliefs, or goals. It simply states that there is no god or gods. If the subjective experience was addressed it was often reduced to biochemical reactions that created the illusion of religious or spiritual experience. Or spiritual experience was presented as a form of addiction or “the opiate of the masses.” This is very understandable, considering the violence and manipulation that has emerged from many different religious systems throughout the history of humans and continues to manifest through various religious teachings based on fear and intimidation.

Another concern expressed has been the fear that without the restraints of religion and/or spirituality, corruption, violence, and suppression by the strong will create a world that no one wants to live in. On what basis can we value life? Can there be multiple foundations of value? How do we understand the meaning of life and death? Does the apparent randomness of life mean that there is no meaning?


Pre-Game Coin Toss Makes Jacksonville Jaguars Realize Randomness Of Life
The idea that consciousness might be something beyond physical reality has often been dismissed as wishful thinking by those who want to be cautious about supporting anything that might look like religion. Science and reason are the only things that they are willing to trust and even this is accepted as partial and destined to change. One has to learn how to live with a lot of uncertainty with these views. This is a very humbling experience because one is forced to realize how little control we have over outcomes, particularly when it comes to death. It is understandable that a person would find a belief in an all powerful god, that will make sure everything works out eventually, very attractive and persuasive. And once one accepts that there is an all powerful god out there, the need would be created for stories about this god’s motivations, wants, and how one might gain this god’s support. It might explain why one would want to violently maintain this illusion when it is attacked or revealed to be based on little more than wishful thinking. Without anything to replace this source of security, a free fall into uncertainty might be quite painful to the point that it might feel like death.

When I have studied various religious systems there is often a great deal of time spent on making sense of death. By far, the facing of and the experience of death dominate the stories and myths of the ancient world. It is the dominant theme of the Christian religion. Jesus dies so that we can live. Spiritual growth is presented as death to self so that Jesus can live within the life of the believer. In many ways the realization that we have no control over the complex world we live in is a death to self. It is a realization that we are not gods. And the more that I have studied science, the more acute this realization has been. Now, when I have given up the need to have all the “answers”, much of the fear of uncertainty has gone away. When I accept the world as it presents itself, there is a renewal of the life experience that transitions from fear to curiosity. I no longer waste energy on things that present no immediate solution. Once I admit that I don’t know, and learn how to accept that, I get to step down from trying to be god-like or “like Jesus” and become simply human. This surrender to the reality of my humanity could be seen as a death of the ego “self” that needs to know and assumes responsibilities that only a god could have. This acceptance of one's limits could be seen and felt as a re-birth. One becomes free from taking on god's job.

This, to me, explains the humble, but confident, presentation brought by many atheists and agnostics that I know. Not all are this way, so don’t mistake my observation for a generalization. If I were to give my own (certainly not one they would apply to themselves) label to this awareness I would say that it looks like a deep spirituality. It is the result of a particular form of honesty that has confronted the mysteries of life and admitted that we really don’t know. I think, too often, Christians mistake confidence and security for arrogance. This contrast has allowed me to see how fear-based many forms of the Christian religions are and why we are moving into a post-Christian world view. And this brings me to the topic of my next blog post. I would like to review the book “Christ In Egypt, The Horus-Jesus Connection.”

Let me give a little history of why this book was written and why I think it is an important book to read and understand. Often this type of book is seen as an attack because, understandably so, it begins to dismantle some very deeply held illusions that many people consider to be real. They associate these illusions with some very real positive changes in their lives. I recognize that Christianity, for some people, has been a transformative experience and this experience is rooted deeply in a belief in a real Jesus. There have been 2000 years and millions of people dedicated to this myth. This is quite a momentum of thought and energy. But consider, for a moment, that this Jesus myth, like so many others that we have changed, is not based on what we thought it was.

In dismantling the commonly held beliefs around the historical Jesus there is a real danger of losing the benefits of the Jesus myth. I don’t believe there is an individual danger in the long run because I recognize that the truth does set people free. I do recognize the need for inspiration within people’s lives. There is a need for mythology and storytelling that taps into the deeper self that may be lost to the default modern secular myth of happiness through consumption and wealth.

I have observed that when these myths become treated as real and one person’s or group’s myth is imposed on others, then the worst aspects of human behavior become revealed. In almost every religion that I have studied, when the orthodox branch of that religious system comes into power, violence emerges as the means of “conversion.” In most cases, when the mystical, non-orthodox branch is in power, conversion happens by attraction and a manifestation of compassion, empathy, and curiosity. Unfortunately, in most cases, the mystical branch is destroyed through violence and is portrayed by the victors as deserving of the application of violence. This violence can take the form of torture, often for rather minor “offenses.” This occurs in pagan and other non-christian systems of belief as well as within the history of Christianity. 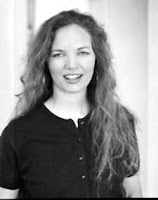 That brings me to this point. Since the violent branch of Christianity, in the form of Imperial and Papal Rome won the battle of ideas, we have a very distorted view of the opposing forms of Christianity and Paganism, because many of the writings were destroyed. We have the classic example of the "winner gets to tell the story." What we do have left from these more mystical branches of Christianity is often only available from the writings of their orthodox enemies. And in presenting a case for the origin of Christianity it is often stated that pagan practices of the time were actually taking from Christianity and applying Christian beliefs heretically rather than the other way around. Many of these pagan practices and beliefs looked like Christianity. They include the virgin birth, a Savior who is the son of god, who is heralded by a star, born on Dec. 25th, baptized by a baptizer, is raised from the dead, is the light of the world, the lamb of god, etc. This is why the author D.M. Murdock of “Christ in Egypt” went to Egyptian sources of these shared myths, since these clearly predate Christianity. She has also been accused of not providing enough documentation for her claims. This book provides over 900 quality sources for the information provided including translations from scripts on tombs, monuments, writings by Christian Church fathers, the Egyptian book of the Dead, and many other ancient and modern scholars. The book is almost 600 pages long and is extensively foot noted with expanded descriptions and further sources. 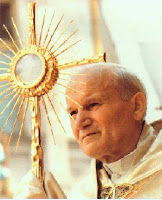 I, along with many other Christians, was taught that Christianity was a completely new movement raised up by Jesus, the 12 disciples, and Paul. What D.M. Murdock does in the book “Christ in Egypt” is to show that most of the themes presented in Christianity were drawn from ancient pagan sources in a manner that was very common in the ancient world. She shows how Christianity was an evolution of religious belief, not a revolution. It came from and practiced many aspects of theology that had its roots in the worship of the sun. It was formed from a syncretism of Egyptian, Hebrew, Greek, and various mystery religions.

This is important because, once we come to the awareness that these myths are not based on certainty and don’t involve eternal life and death issues, we might stop killing in the name of religion. Maybe we can explore the more rational and compassionate principles illustrated by various myths, rather than simply following textual and institutional authority formed from beliefs in iron age ethical systems. Maybe we can step back and develop some awareness of the people around us and learn how to interact in ways that encourage each person to grow using internal guides rather than external force, intimidation, and desires for control.

A more detailed summary of “Christ in Egypt – The Horus-Jesus Connection” by D.M. Murdock will follow in my next post.
Posted by Richard Harty at 1:52 PM 4 comments: