My father, a beautiful human being. 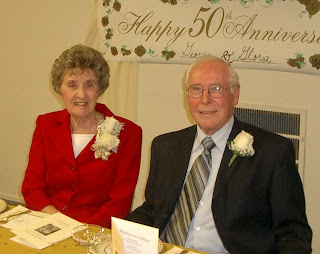 I haven’t done a blog post for a number of months. It has been because my father passed away suddenly before Thanksgiving. I was also in the midst of moving my office. Both of those events took all of my energy and during the first of this year, it has been hard to concentrate. I have to admit that I continue to grieve my father passing. It has been hard to put into words all the feelings that I have around this transition.

I admired my father. My father wasn’t the sort of father who would sit down and talk. He would often give insights into what he thought was important through sharing stories of his work and growing up, but these tended to be directed to a general audience. He much preferred actions and simply sharing an activity together. He was surely a product of his times and he stayed true to that ideal honestly. He had just turned 75.

Here are the stories as I remember them. In the stories he told of growing up he revealed a commitment to inclusiveness. His family gave a home to a Japanese boy while his parents were interned during World War II. This boy became one of his best friends. He told stories of refusing to take his car on outings for his friends unless everyone could go and this would often include the awkward and not so popular.

He also had a strong sense of justice and fairness. When he found out his sister was being mistreated by her husband he walked into their house and knocked her husband out even though my dad was 17 and her husband was a lot older. When he was asked to get something to be spanked with by his teacher, and he didn’t do what he was being accused of, he brought back a stalk of wild wheat. The teacher then asked him to get something more substantial and he came back with a 8 foot long two by four. By this time the teacher had to laugh. He was willing to give up his job as a principal to stand by a teacher that he thought was being treated unfairly.

He drove a Harley Davidson. He bought a T-bucket hot rod. He out ran the police. He got stuck in Lodi and traded his broken down car for a Vespa to get back home to Mountain View. He learned Judo and sparred with a national champion. He was hit in the head by a wrench thrown by a man stealing his battery. When the man rushed him, he broke his arm and made him put the battery back in. He played semi-pro baseball. He was the first in his family to graduate from college. And I sensed that he didn’t consider himself very smart. He had great intuition and often revealed much more insight through his choices than he let on. He didn’t do a lot of explaining, but spent his energy doing. He sold a million dollars worth of baby formula. He was a teacher and principal for over 30 years.

He was well liked and respected. You didn’t mess with him. He was very kind and had a big heart. He would be very troubled if he felt he was at fault and faced many difficult changes as the world moved into different times. Many times he was ahead of his time and this caused him a lot of pain. He was misunderstood at times and faced false accusations.

He was extremely loyal and held to his commitments as best he could. He struggled with his religion and concepts of God and remained loyal to his church. He was also very sensitive to anything he considered himself doing wrong and remained silent about a number of burdens he carried for himself and others in his family.

If any of you have been following my blog, you will know by now that I am an agnostic as far as God is concerned and an atheist in regard to the god described in the Bible. My father knew this and I believe judged himself around this. I believe this is the reason that so many people wait to reveal their unbelief to their family if they are Christian. In my case, the dishonesty on my part, began to make me ill. I risked sharing this with my parents.

My father never expressed any anger around this at all, but I could tell it caused him pain. In the end he came over to the house and we talked and I think we understood where each other was coming from. We weren’t able to put it into words, but the fact that he was there and reaching out to me was enough. He told me he didn’t care what I believed or didn’t believe. I know my father loved me very much.

I got to take my father sailing and the last time I talked with him he was on the golf course with the next door neighbor having a great time. He was very excited that I called and I invited him to Thanksgiving dinner. He expressed that he would really like to see my new office, once it was done. A few weeks later he was delivering a car for a dealership because he loved to drive cars. He stopped because he was thirsty and died suddenly while purchasing a soda.

His was a well-lived life and the earth has been made a better place because he was on it.
Posted by Richard Harty at 12:18 AM 6 comments: